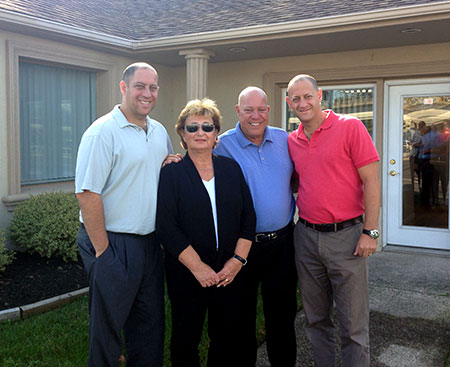 In 1974 Warren moved to Syosset N.Y. with his wife Maddie and son Matt. As Warren was a teacher in the NYC public school system, he worked part time for Bob after school and during “tax season”. In 1976, Scott was born and the hours worked increased.

In 1980, Bob was looking to go in a different direction. It was the perfect time to offer Warren a partnership. This arrangement remained until 1986, when Bob completely retired from accounting and income tax preparation.

Warren continued to operate the business in the same format for the next eleven years until his oldest son Matt, a CPA working for Price Waterhouse, advised that he was ready to join forces with dad and further develop Freeport Tax Service, Inc.

When Matt joined the team, he developed the financial planning arm of Freeport Tax Service while continuing to increase the volume of tax returns that were being prepared. This partnership developed for the next several years until Warren’s real dream came true and Scott started to work with the family. When this opportunity presented itself, Freeport Tax Service, Inc. expanded into a second office located in Massapequa.

We look forward to continued growth and success as we move forward. We always welcome new friends and clients as the we continue to service the small business community as well as preparing personal income tax returns.

Freeport Tax Service, Inc. has been a part of the South Shore Nassau County community for 55 years and we look forward to a continuing relationship for many years to come.