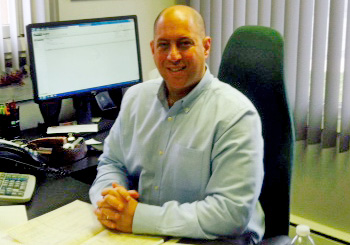 Matt was born May 2, 1973, and has lived in New York his entire life. Matt graduated from Syosset High School in 1991, where he lettered in soccer and tennis. Matt spent the next four years at Miami University in Oxford, Ohio, where he graduated in 1995 with his degree while majoring in accounting. Immediately after graduating college he spent the next three years working with Price Waterhouse LLP in their Manhattan office. Matt worked with the auditing team where he specialized in both the banking and insurance industries. It was in November 1997 that Matt made the move to leave Price Waterhouse LLP and started working with his dad at Freeport Tax Service Inc. Matt has been with Freeport Tax Service Inc., ever since.  Matt has been licensed as a CPA in the state of New York since 1998. License number is 079522.

Matt has been married to his wife Allison since August 1995 and has two boys. Robbie was born October 2000 and Max was born July 2004. Matt spends his free time coaching the boys in their various sports endeavors. You can always find him on the football, basketball or soccer fields.